A journey into some of the things I like

Check out these pictures of my friends and family

This here is my mom. Her name is Mary. I took this during spring break this year. 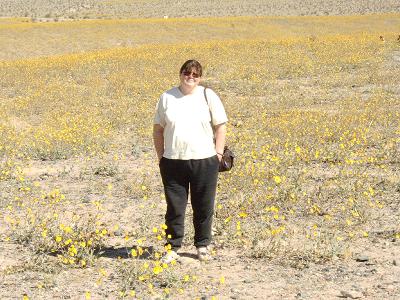 This one is of my little sister. Her name is Jennifer, and she lives in the same town I live in. I used to have a funnier picture of her on here, but she threatened me with bodily harm if I didn't change it. 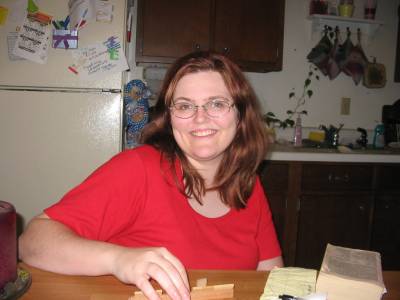 Here is my dad. He is kinda weird, but in a good sort of way. His name is Earl. He is at my stepmom's shop. She had just gotten some new stock in, but hadn't put it up yet since it it was a holiday weekend and she was closed. 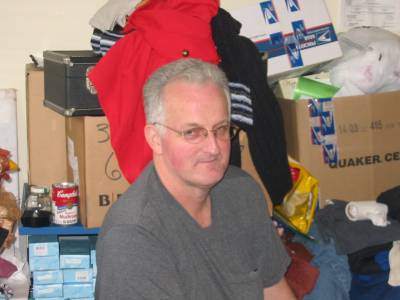 Here is a picture of my dad, my stepmom Gail, my brother in law Darinel, and my big sister Michelle taken at Michelle and Darinel's wedding reception. 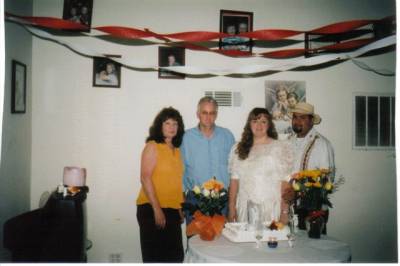 Here is my Pastor, Tracy and his wife Darlene. They are pretty cool people. Darlene once caught me speeding a little on I-65. She was doing 70+ mph in her BMW 740 and I passed her. She Called me up to let me know I was speeding. 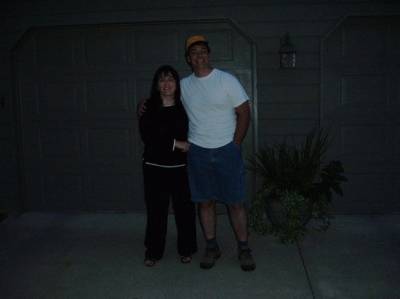 Below this is a picture of my grandpa, who I just met for the first time over memorial day weekend. My sister and I did some research and found him. He is a really nice guy, and he lives in the UFO capital of Alabama, so that makes it even more cool. His name is Wilburn, but he goes by Earl. 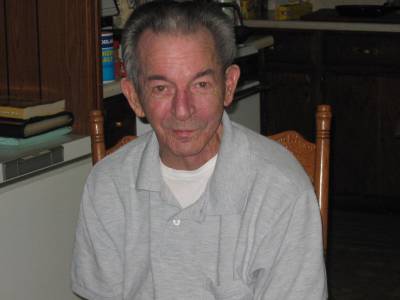 Here he is again with his daughter (and my aunt) Tammy, who I also met for the first time that day. She is also pretty cool, though I think she was a little nervous that day. 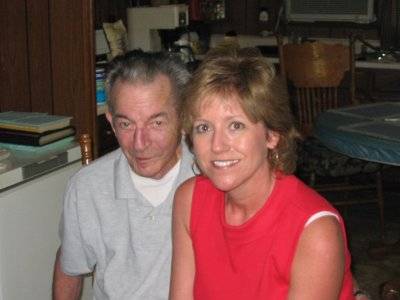 Here is another picture from that day of an uncle I never knew I had until then. His name is Eric. I almost bet if he lived around here I could get him to help with a few pranks since he has a cool sense of humor. 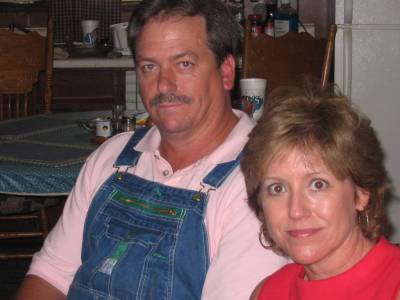 And last, but not least from that day another uncle I never knew I had. His name is Tony, and he seemed to be the quiet one. Of course he didn't know he had another brother until a few minutes earlier. What a weekend! 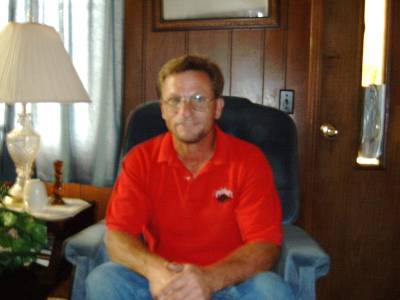 I finally got my grandma to send a picture of her and my grandpa for me to put on my site. Their names are Bill and Sara, and they live in one of the wierdest towns, if not the wierdest one in Nevada. I guess it fits because my grandma is kinda wierd. I love you grandma :P 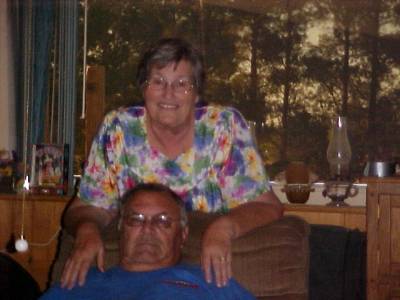 This is Stevie. He is a bit strange, but of course all my friends are. 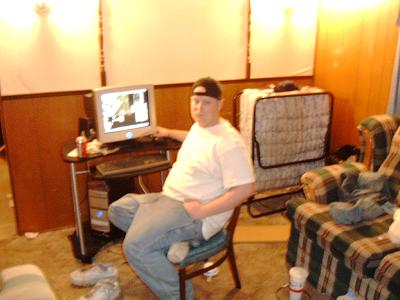 Here's Justin. He is a boxer who has won the golden gloves. When he goes pro and gets rich he's going to hook me up! 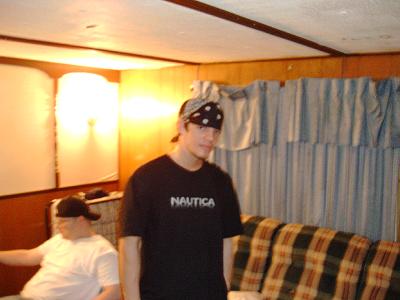 Here is Matt. What more can I say. Just kidding Matt. 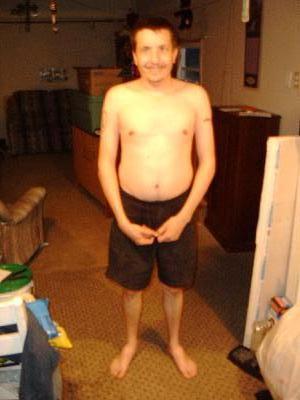 Here's Teena! Teena said she would whack me upside the head if I didn't post her here. 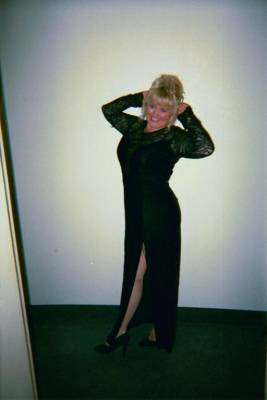 This is a picture of my brother in law, Ralph. He is married to my little sister. Poor Ralph. 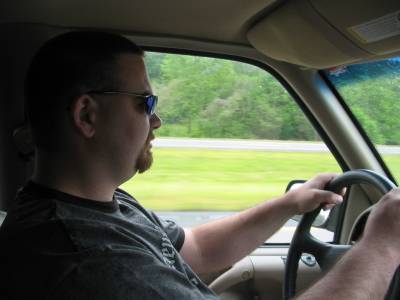 This is me messing with Alexis while Sam and Ashley are in line to be messed with. It's my duty as their uncle. 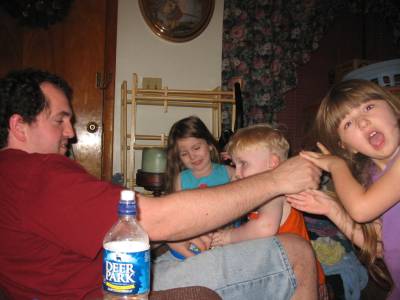 Here is my big sister Michelle with her husband Darinel and her two kids, Mike and Toni. I mess with them as well since all uncles should do their duty.

Here is my sister's father in law, big Ralph. Even though he looks like Osama he is really cool. 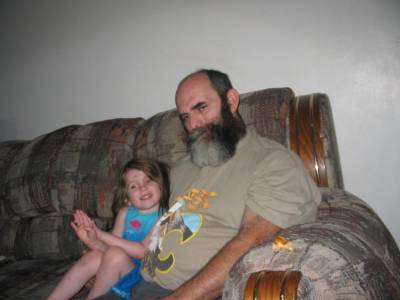 Here is Andrea (lighter colored hair) and Kelly. Believe it or not Kelly is alot taller than Andrea 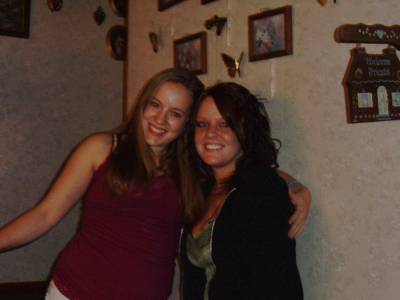 Here is a picture of Larry and Joe in the back of my truck at the Indianapolis Star. Larry is on the left and Joe is on the right. 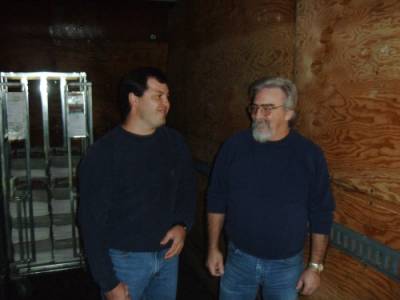 Doc is another truck driver like me, Larry and Joe. I took this one of him inside the Indy Star. 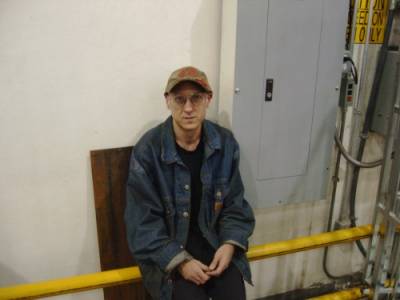 Here is the relay driver that takes papers into the eastern half of the area served by my truck. His name is Buell. 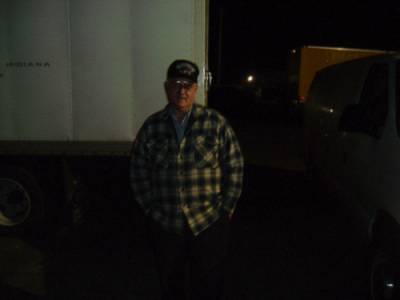 Here are the Mahoneys. They are some very nice Christian people I know. Here is Mike, Larrikay, and the kids. 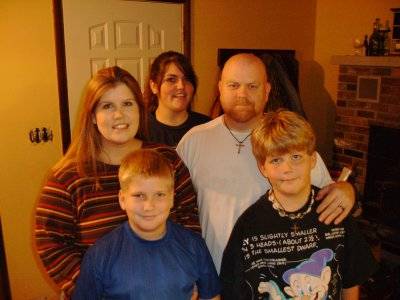 Here is a friend of mine named Melody who lives in the bay area and works at Apple computers. She is pretty cool. Her and her husband have a rally car which they race. How cool is that? 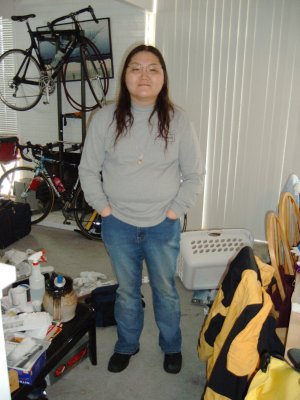 Here is another friend of mine named Chris Wallace. He lives in Redding CA and has a pretty nice view from his house. 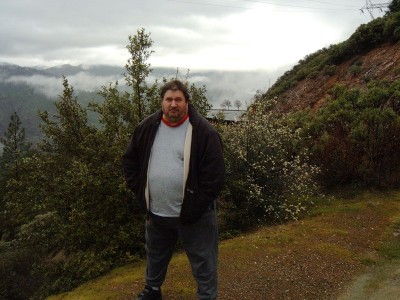 I can't tell you who this world famous editor is, but they have a lots of Holly around their house. Yep, Holly is everywhere there. 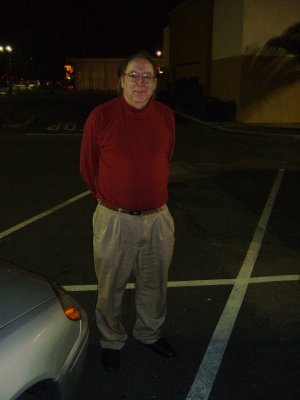 Robin Carr is weird, but funny, and has really great taste in pizza. 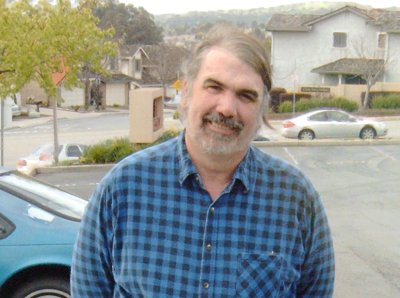 Alex and Annie. Maybe if they end up marrying each other they'll let me be in the wedding. 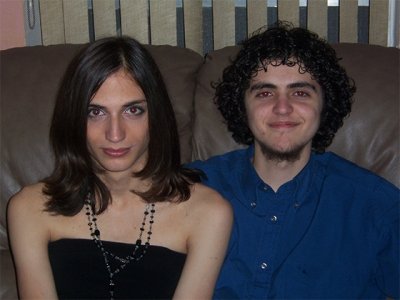 Here are the Schavers. How about those teeth.

Robi is someone weird that I talk to sometimes. 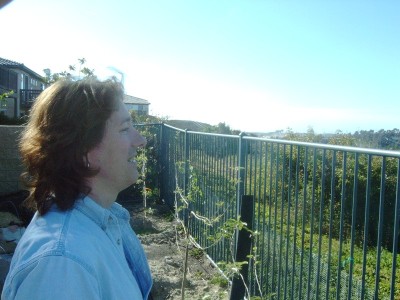 Here is Terri and Megan. Strange things happen while they are around. 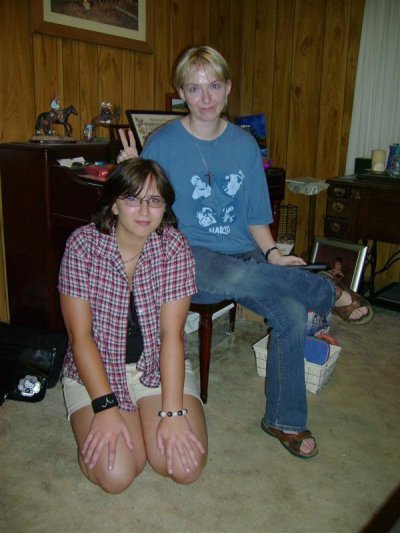 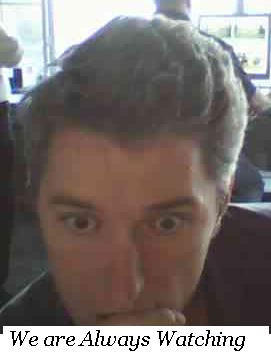 Have a very blessed day, and may all of your tomorrows be better than today.